The Austrian army at the outset of the 17th Century was a small collection of units mostly on the border with the Ottoman Empire in Croatia. It was financed by the assemblies that made up the Habsburg Empire who restrained the establishment of a standing army. This all changed with the Thirty Years War (1618-48). When the conflict ended the Imperial Army had 70,000 men under arms and the Habsburgs emerged as a major European power.

The century started with the conclusion of the Long War between the Ottoman's and the Austrian's in 1606. Hungary was the main battlefield and Transylvania was mostly independent throughout the century. The Transylvanian Prince Bethlen Gabor even intervened in the Thirty Years War against the Austrian's and briefly besieged Vienna in 1619. Fortunately for the Austrians the Ottoman's were otherwise occupied in the first half of the century with wars against Persia, ,Venice and Poland. The Ottoman/Austrian conflict was renewed in 1663 with the Ottoman invasion of Hungary that was halted at the Battle of the Raab River in August 1664. After the Peace of Vasvar 1664 the Austrian's were occupied with Hungarian revolts often supported by the Ottoman's including the most serious led by Imre Thokoly (1678-82). The century culminated in the Vienna campaign of 1683 and the Austrian conquest of Hungary (1683-88). The Turks made a comeback at Zernyest (1690) until the decisive Battle of Zenta (1697) and the Treaty of Karlowitz in 1699 that left the Austrian's in control of Hungary and Transylvania. More details of these later campaigns in Eugene in the Balkans. Whilst these were the main conflicts a low level border war continued throughout the century mainly on the Croatian border.

The core of the army was infantry formed into regiments of pike and shot. As the century progressed the proportion of shot increased and the pikemen were relegated to supporting the muskets. This role remained important in the Balkans where the enemy was primarily cavalry. In addition there were free companies of Croats (Grenzer) and Hayduks who provided irregular skirmishing infantry. Chevaux de frise were often used in the Balkans to defend flanks from Ottoman light horse. The Thirty Years War changed the army from a local militia into a professional force recruited by mercenary commanders like Wallenstein and Tilly.

Cavalry included Cuirassiers who started as 3/4 armoured horse and gradually became lighter with helmet and breastplate, retained in the Balkans again because of the conflict with the Turks. Dragoons fought mostly dismounted and became more important as the century progressed, becoming proper cavalry by the later campaigns. Light horse came from Hungary (when available) as Hussars and Croats armed with carbines.
​
Artillery included regimental guns attached to the infantry as well as a range of heavier field guns (12 and 24pdr). They were usually emplaced before the battle and rarely moved. They fired slowly and were not particularly effective.

The wargame units below are in 15mm and 28mm. 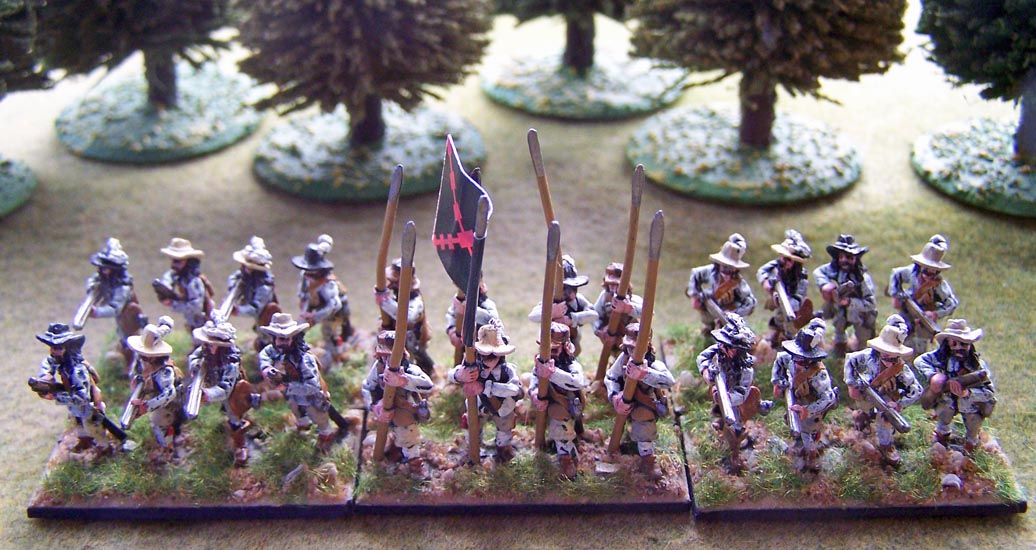 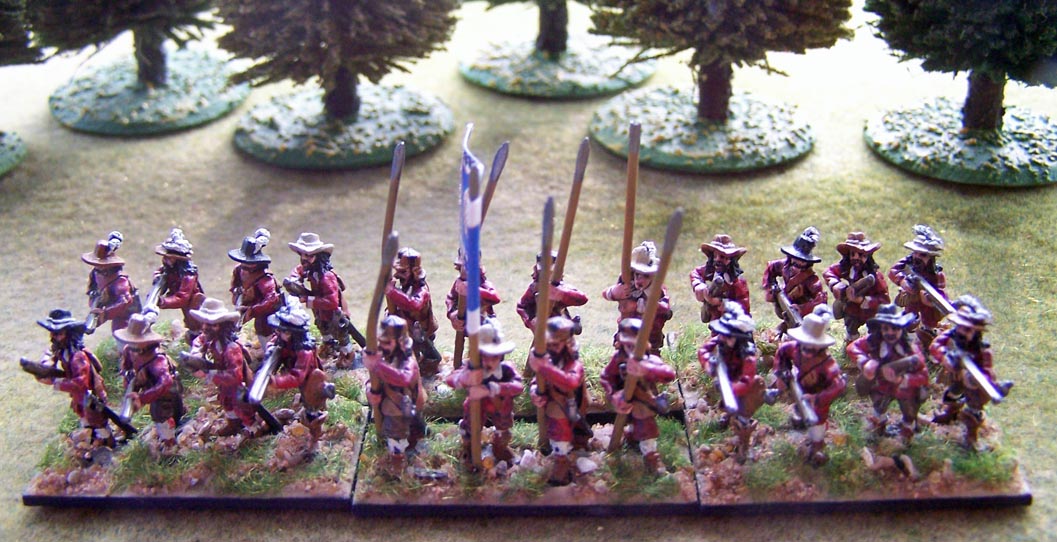 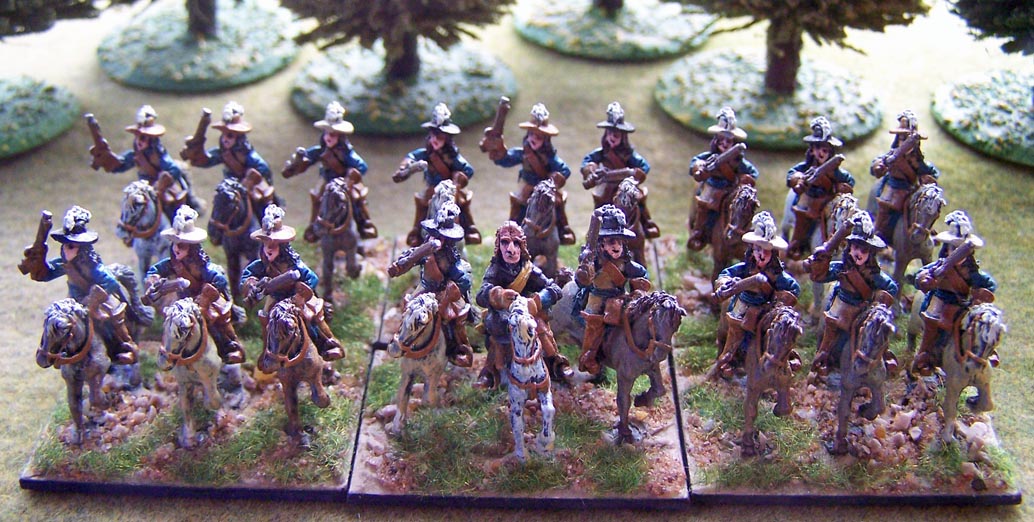 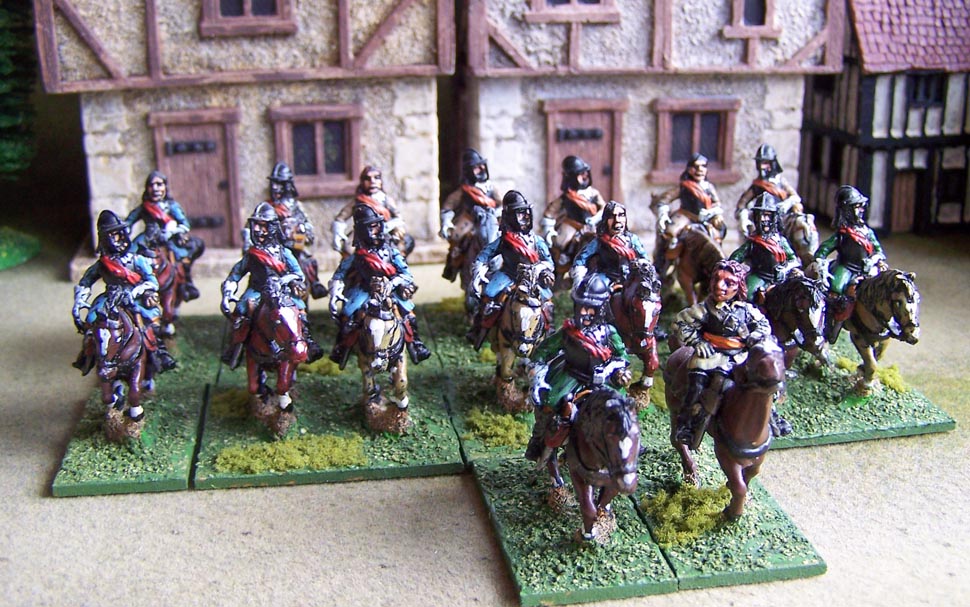 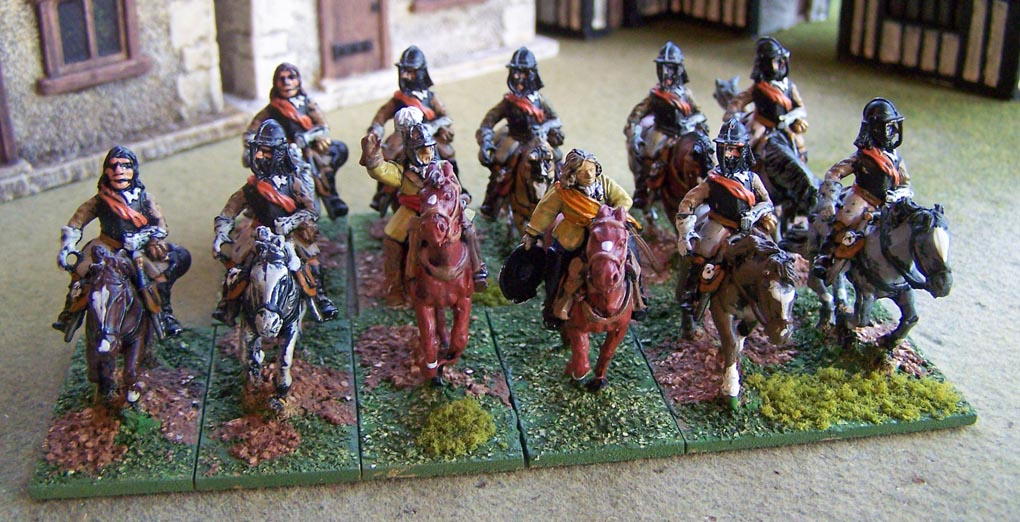 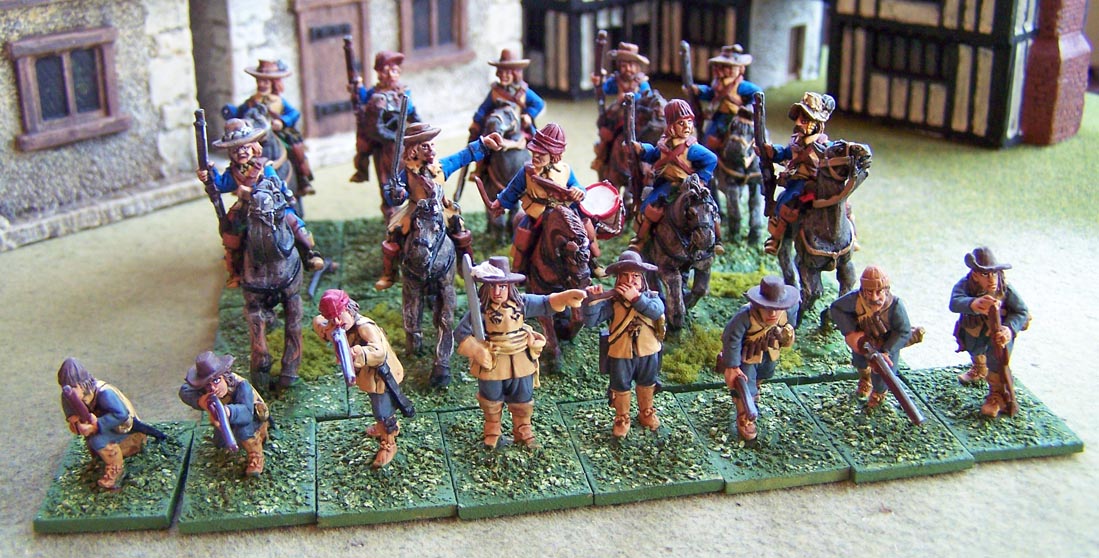 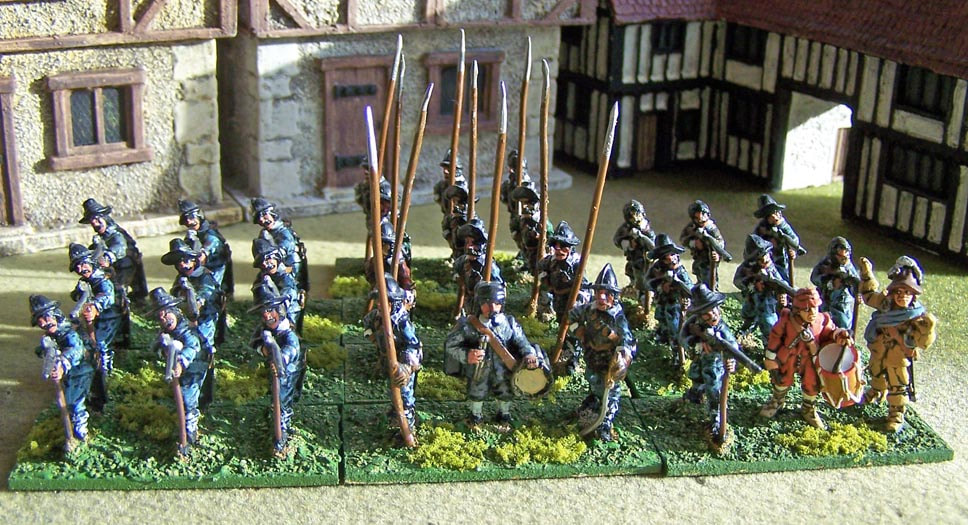 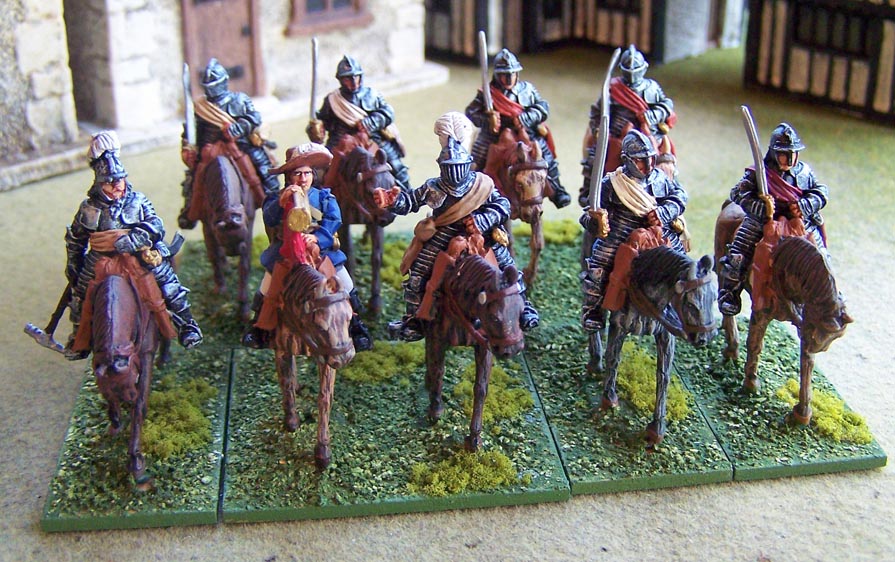 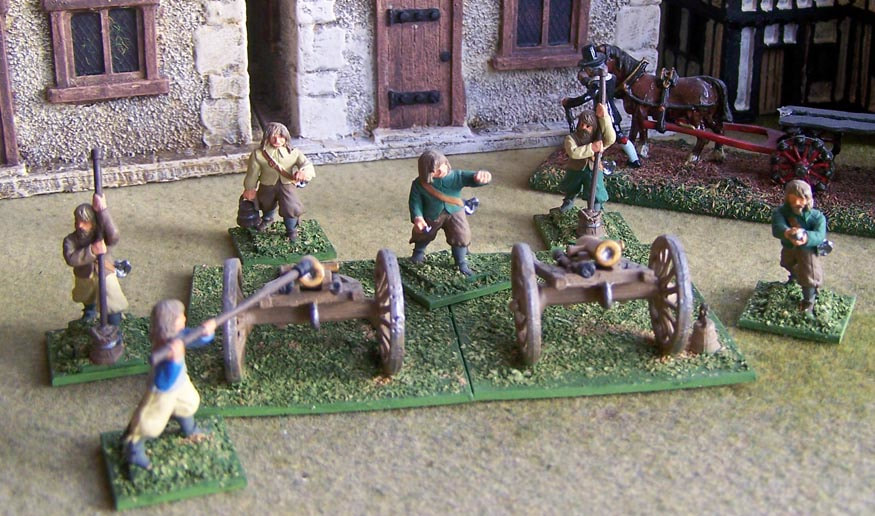 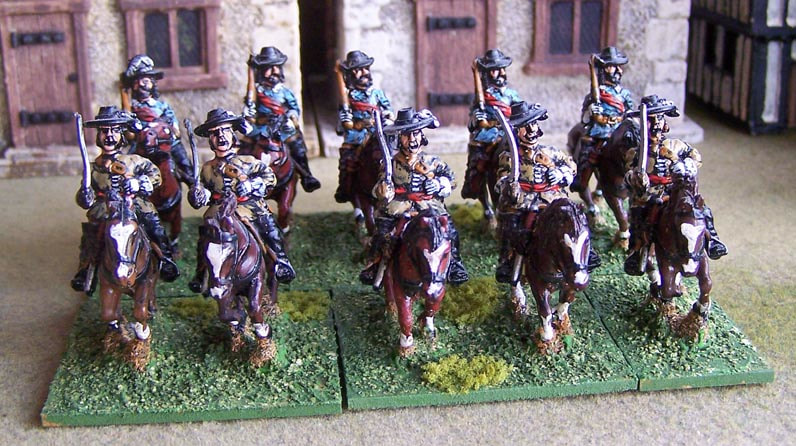 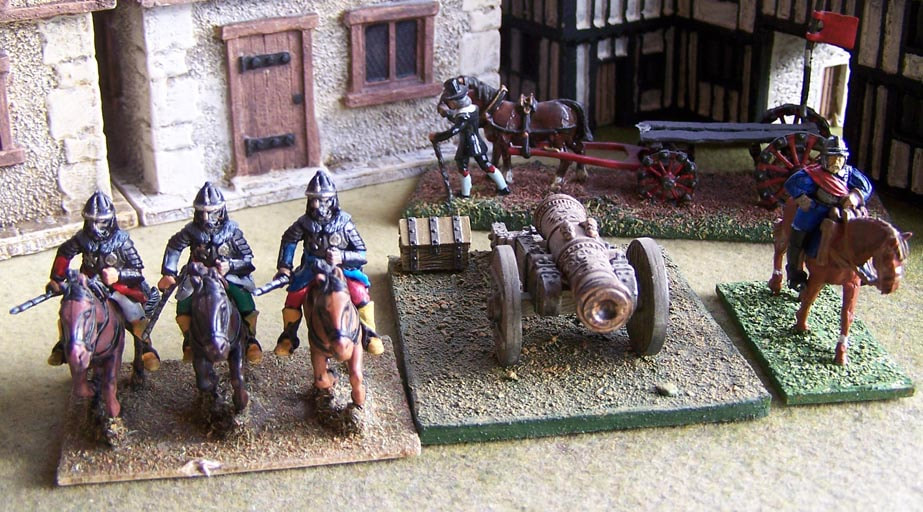 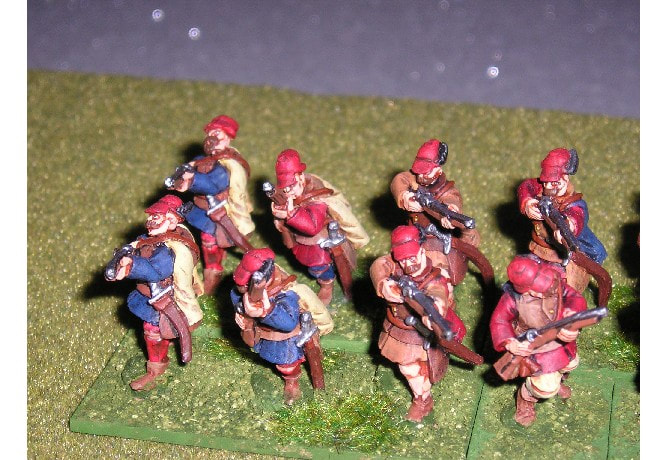