This page covers places that are not geographically part of the Balkans, but have close links.
​
Venice

Venice has a long and intimate history of links with the Balkans. The Republic controlled much of the Dalmatian coast and large parts of Greece between the 14th and 18thcenturies. Its strength lay with maritime power based on the renaissance galley.

Modern Venice retains much of its renaissance splendour. Its essential structure of canals and islands ensure that the city retains a character which is unique in Europe. However, for the military historian the sights are limited.

Most tourists arrive at the Piazza San Marco, the city’s famous square. The Palazzo Ducale (Doge’s Palace) is worth a visit. The map room where the Doge and the ruling council controlled the empire is interesting together with a good collection of arms and armour in the armoury. Turn left along the canal front, crossing four bridges and you come to the Museo Storico Navale (naval museum). This has one of the most absurd opening hours for a museum in Europe. It is open in the mornings Monday to Saturday and on Tuesday and Thursday afternoons. Needless to say as I arrived on a Wednesday afternoon I didn’t get in, but it apparently has models of Venetian war galleys and other exhibits covering Venice’s naval history. Close by is the Arsenale with its impressive gateway, home to the dockyards and naval base for the Venetian fleet. 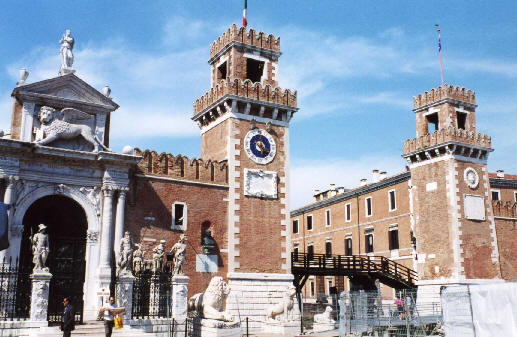 If Venice offers little for the military historian, all is not lost. The Venetian hinterland offers a number of possibilities from a wide range of well preserved medieval castles, through renaissance fortresses to the Napoleonic battlefields of Rivoli and Castiglione. The Italian wars of unification focus on the battlefield of Solferino and the WW1 Italian front is close by in the Dolomites with spectacular and well preserved Austro-Hungarian fortresses around Trento. The museum at Rovereto is particularly good and the Caproni aircraft museum at Trento airport will interest aviation buffs.

A bit off the Balkan track this one, but justified by Russia's historical involvement in the Balkan peninsular.
​
The Central Armed Forces Museum is situated on Ulitsa Sovietskoy Armei in the north of the city and is open from 10am to 5pm, Wednesday to Sunday. Inside the museum there are 24 halls covering the 18th century to the present. The civil war period has been updated since soviet times. The collection is excellent although it would benefit from at least some attempt at multi-lingual presentation. The outdoor display is particularly good with over 200 weapon systems on display. Probably every AFV ever built in Russia together with an armoured train, artillery, missile launchers and a collection of post war aircraft. 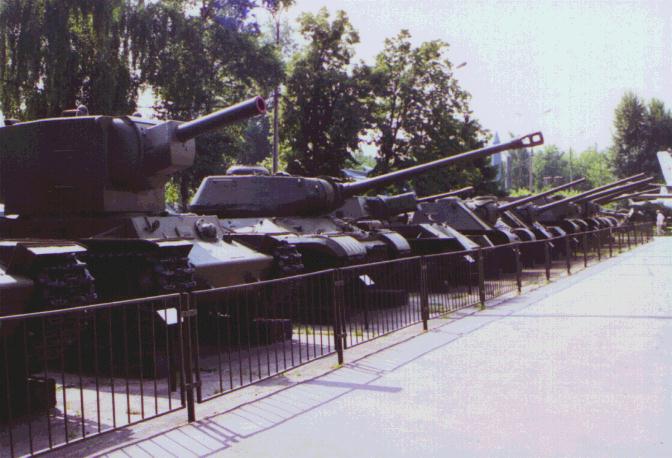 Elsewhere in Moscow of Balkan interest is the Plevna memorial honouring those who died at the siege of Plevna in 1878.

While obviously not in the Balkans, the North African state of Tunisia has a rich Ottoman history that can be seen today.

In the 16th century Tunisia became the front line in the conflict between the Ottoman and Spanish empires. Ottoman interests were championed by the Barbarossa brothers based on the island of Jerba. After several exchanges Tunis finally fell to the Ottomans for the final time in 1574.
The Ottoman regency of Tunis was governed by a civil administrator the bey, a military commander the dey and the Sultan's representative the pasha. By merging the roles of bey and pasha an hereditary line was established known as the Muradids. Tunis was still primarily a base for piracy and attracted attention from western powers including Admiral Blake's bombardment of the pirate base Ghar el Melh in 1654.

By the 18th century the Muradids had been replaced by the Husaynids. Husayn Bin Ali was of Greek origin and he repulsed an invasion from Algeria. Internal strife combined with foreign intervention weakened the link with the Ottomans and European navies put an end to piracy. Ahmed Bey (1837-55) created a modern army but the economy could not support government expenditure and the country fell under French influence. This finally led to Tunisia becoming a French protectorate in 1881 after the Tunisian army participated in the Russo-Turkish War of 1877.

Whilst there is much to see in Tunisia the main Ottoman military interest is the National Military Museum in Tunis. This is situated in the former bey's palace in the suburb of Manouba, not far from the Bardo Museum with its famous Roman mosaics. The museum, whilst not easy to find, is run by the army and we had an excellent English speaking soldier as a guide. 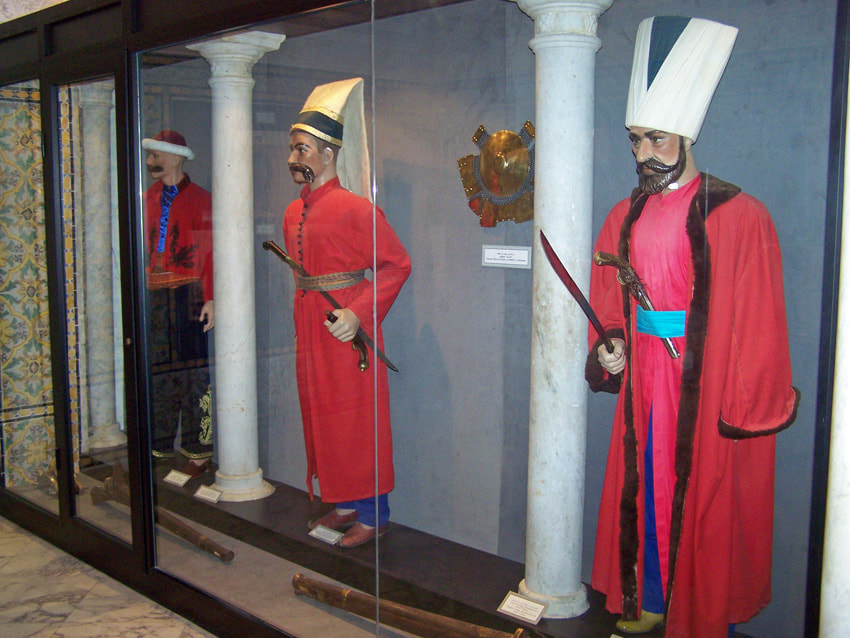 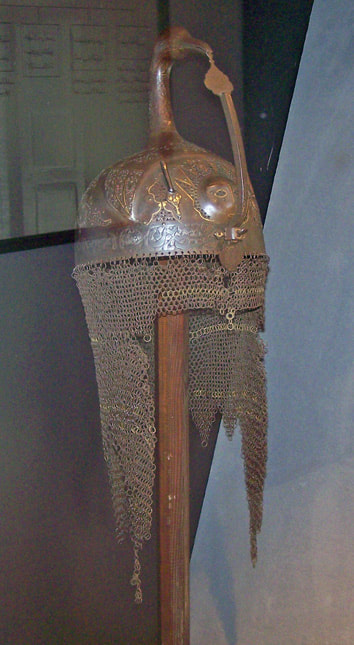 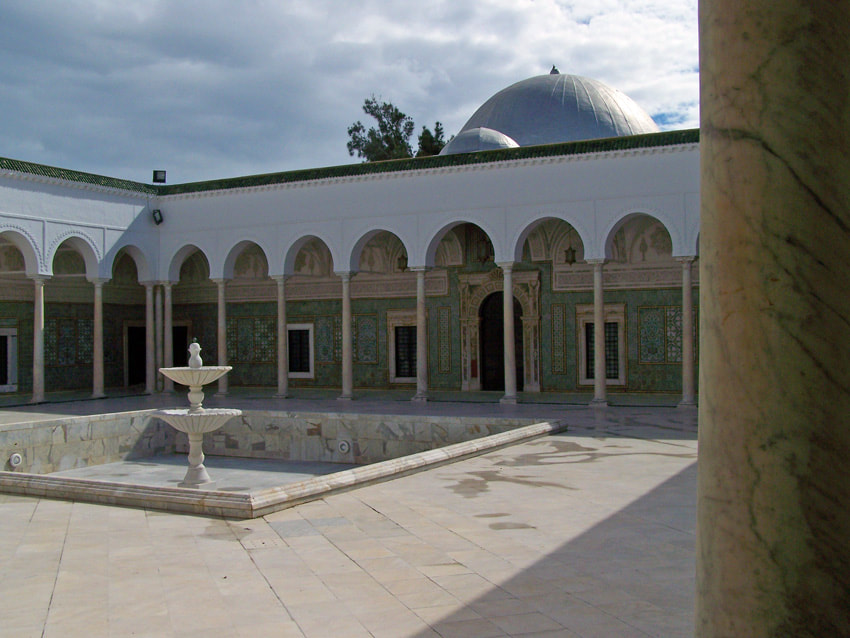 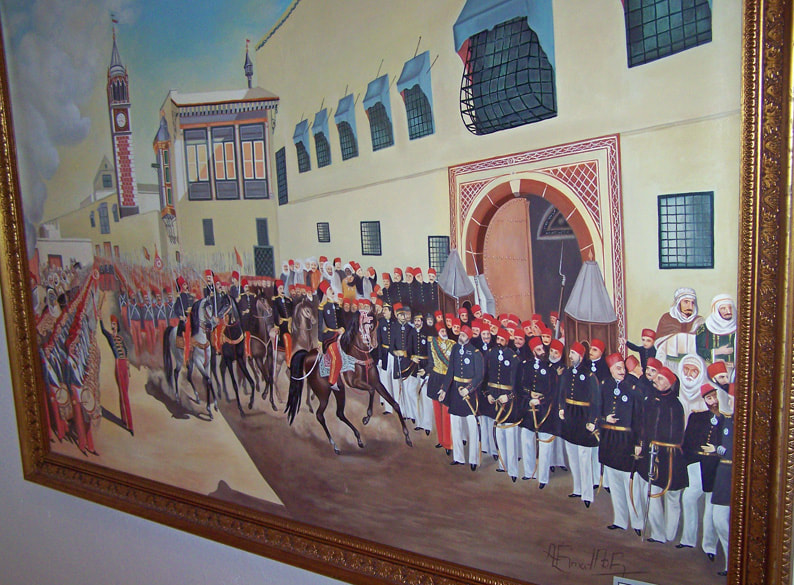