Greek army of the Greek War of Independence 1821-29

This section covers the Greek army of the Greek War of Independence 1821-29.

Greek nationalism had been growing in the early years of the 19th Century after some 350 years of Ottoman Turkish rule. The war started in 1821 and largely consisted of small scale actions, sieges and a naval war. The Greek cause attracted foreign support including the most famous Philhellene Byron who died at Mesolongi. Support from foreign governments was less forthcoming until the bloody Ottoman invasion of the Peloponnese using Egyptian troops. This led to an allied fleet sinking some sixty Turkish ships in Navarino Bay. This combined with the Russo-Turkish War forced the Sultan to agree to independence.

Most of the Greek army consisted of irregular units raised by individual 'captains'. A small regular army was organised but it only reached 3,500 men by 1826 including 4 infantry battalions, 3 cavalry squadrons and 2 batteries of light artillery. The Turkish army is covered in the features section of this site and below.
​
The wargames figures below are 15mm scale from the range produced by Spiros Koumoussis who sadly died a few years after producing the range and an accompanying set of rules 'Freedom or Death'. The range is no longer available making this a difficult army to reproduce today. The army is based for the Principles of War wargames rules and matches the army list for this conflict in the rules. Most of these figures were painted by Under the Bed Enterprises. 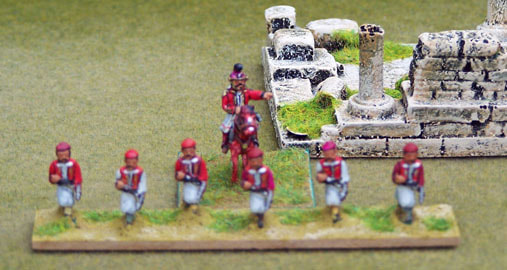 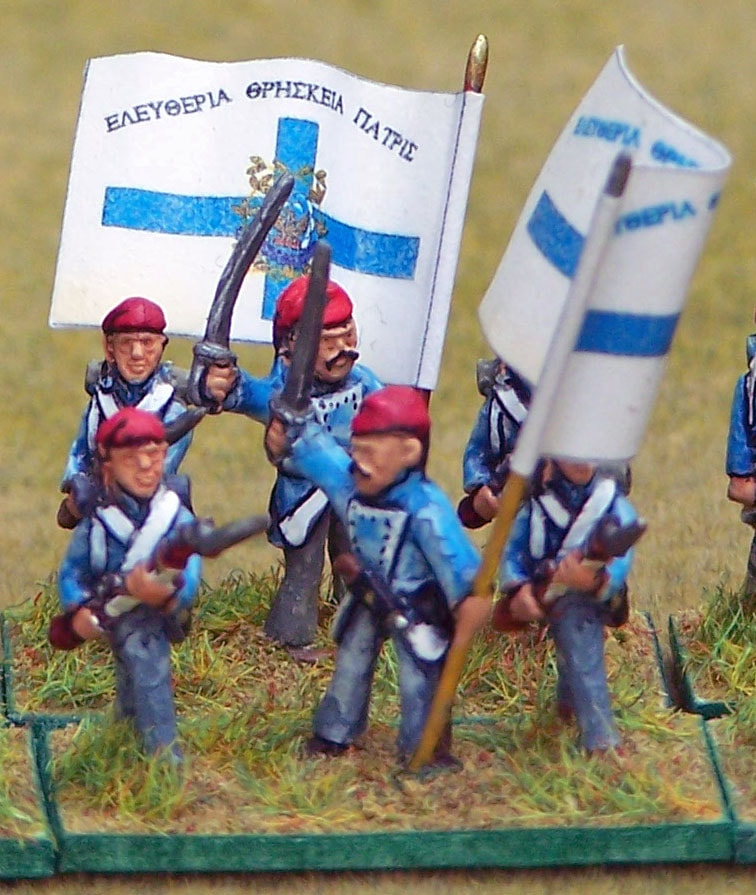 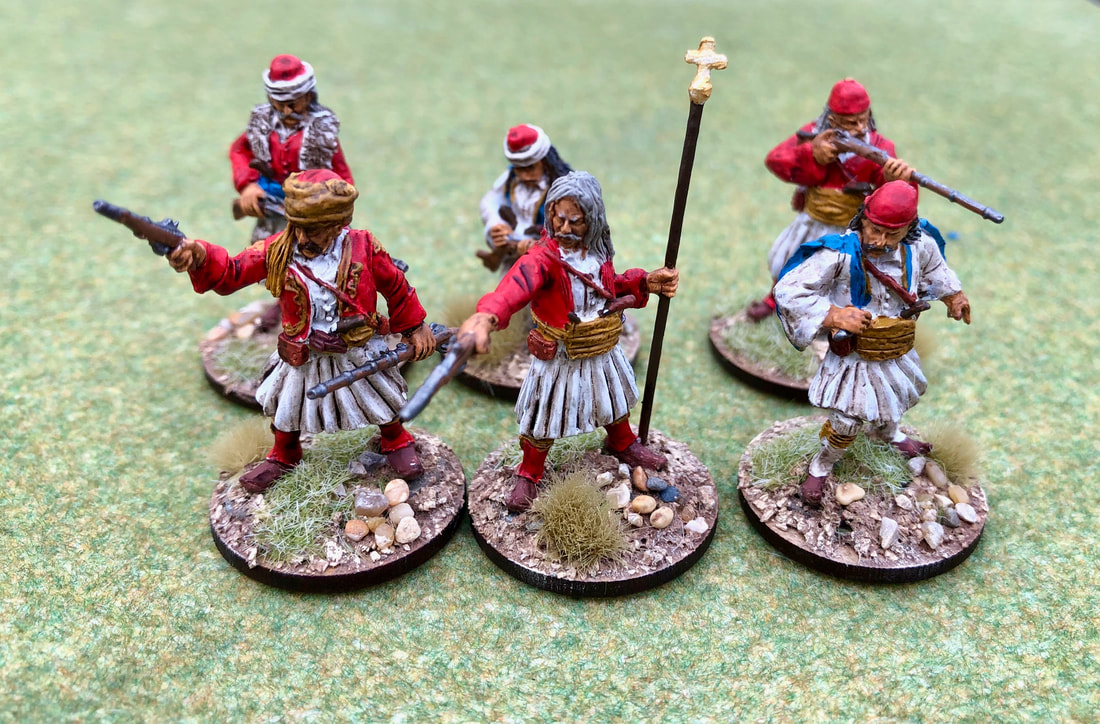 And in 28mm using models from Old Man's Creations range.