WW2 Gebirgsjager in the Balkans

The Gebirgsjager were German mountain troops. The first units were formed in 1915, recruited from Bavaria and Wurttemberg and included a young Erwin Rommel, fighting on the Italian front. A small core were retained after the war and reformed in 1935 as the Gebirgs Brigade and then the Ist Gebirgs Division in April 1938. The incorporation of Austria brought experienced mountain troops into the army as 2nd Gebirgs Division. Both divisions fought in the Polish campaign and the 2nd Division captured Narvik in the Norwegian campaign in support of 3rd Division.

Gebirgsjager units were light infantry, equipped and trained for fighting in mountains. This meant they had fewer heavy weapons, other than mortars and mountain artillery portable by mules. They didn’t just fight in mountains as they excelled as infantry assault units and could have heavier weapons attached. Fighting in mountain terrain meant Gebirgsjager had to be very fit, not least because they had to carry all their personal kit (32kg), which would be in the baggage train of traditional infantry units. They were primarily recruited from mountain regions. The uniform was similar to the standard field-grey tunic, but with climbing boots, Bergmutze field cap and the distinctive metal Edelweiss badge on the cap and sleeve patch. They also had mountain trousers and anoraks.

Invasion of the Balkans

XLIX Gebirgskorps (1 Division) was part of Second Army that attacked Belgrade, starting on 10 April 1941 on the route between the Drava and Sava Rivers. This Corps was tasked with covering the mountainous terrain to the west of the main advance. 4th Gebirgs Division was assigned to XIV Panzer Corps that attacked Yugoslavia from Bulgaria. Both Gebirgs Divisions marched at great pace through Yugoslavia in the 12 day campaign.
XVIII Gebirgskorps (5 & 6 Divisions) took part in the invasion of Greece from Bulgaria. They were tasked with breaking through the Metaxas Line fortifications. 5th Division did this through costly assaults and fierce Greek resistance, before flooding through to the plains and down to Salonika. 6th Division broke through quickly and pursued British forces to Corinth.

The Gebirgsjager’s final part in the Balkan campaign was 5th Division’s support of the Fallschirmjager attack on Crete. They were transported mostly by fishing boats and suffered heavy casualties after the Royal Navy intercepted them. They were then air landed by transport aircraft to Maleme airfield. Then they had a tough fight with the New Zealanders in the mountains around the airport, before the British evacuated the island.

Wargaming the Gebirgsjager in the Balkans

The Editor's main army is in 15mm scale, mostly from the Battlefront range and based for Flames of War rules. The Burning Empires – Battle for the Mediterranean supplement has all the organisational data you will require. There are three Gebirgsjager platoons as the core units, supported by a Pioner Platoon, MG, mortar and artillery platoons. Regimental support comes with reconnaissance and anti-tank platoons. Tanks and air support can be added from divisional support units.

In 28mm, Warlord do separate heads for the Handschar Division. 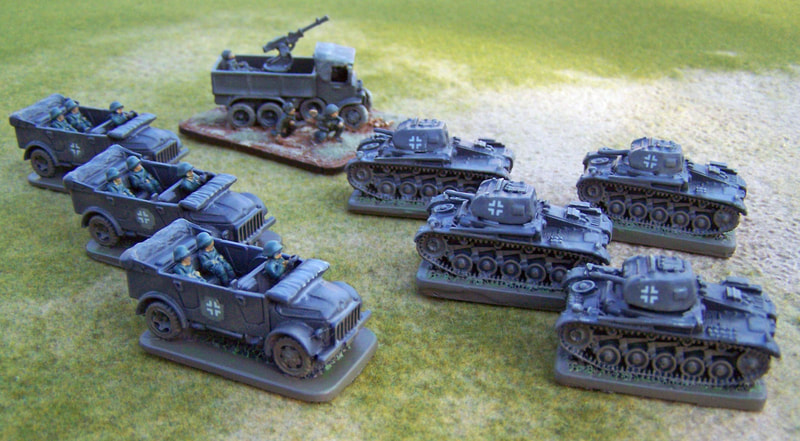 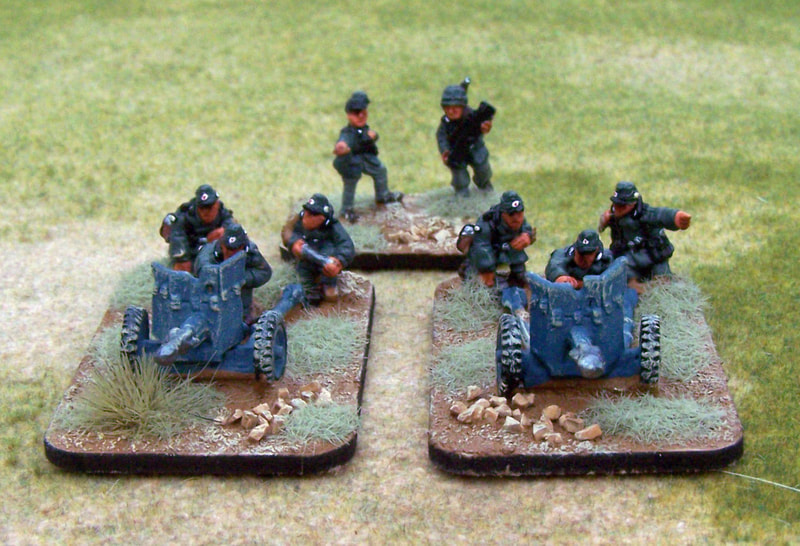 ​Further reading
For the campaign itself ‘Invasion Balkans’ by George Blau. James Lucas ‘Hitler’s Mountain Troops’ has good chapters on the campaign. For the later campaign in Yugoslavia there is George Lepre’s ‘Himmler’s Bosnian Division’ and Otto Krum’s ‘Prince Eugen’. For uniforms and equipment there are two Osprey’s; Elite 63 and Warrior 74 devoted to the Giebirgsjager. Altmark’s 'Gebirgsjager' has an excellent collection of photos. On the web there is Die Gebirgstruppen, and the re-enactors site 2nd Gebirgsjager.