Ottoman Army of the Russo-Turkish War 1877

After the Napoleonic Wars and the failure of the first reform efforts, the Ottoman army deteriorated into the force that lost the Greek War of Independence. In 1826 Sultan, Abdul Medjid   turned on the Janissaries, massacring them in their barracks in Istanbul in an event known as the Auspicious Incident.After several years of peace he formed a powerful and well disciplined army by 1842. Each army was composed of a commander-in-chief, two lieutenant-generals, three brigadiers of infantry, one of whom commanded the reserve, two brigadiers of cavalry, and one brigadier of artillery. In each corps there were three regiments of infantry, two of cavalry, and one of artillery, with thirty-three guns. The total strength of these twelve regiments of active forces was 30,000 men, but it was diminished in time of peace by furlough to an effective strength of about 25,000 men in three of the six armies, as well as 15,000 troops in the other three, a consequence of the recruiting system being as yet incomplete in its application all over the Ottoman Empire. The whole establishment of this branch amounts, therefore, to 180,000 men, belonging to the active service, but its effective strength was 123,000.
The reserve of four of the six armies consisted of eleven regiments, six of which were infantry, four of cavalry, and one of artillery. The total combined force equalled 12,000 troops, while the other two armies did not met their reserve of soldiers who served five years. In time of war, however, the reserve would form two corps of 25,000 men in each army; giving a total of 300,000. The two services, therefore, as they stood, formed an effective force of 835,000 men; and when their full strength  480,000. Besides these six armies there were four detached corps. These corps raised the effective strength of the standing army to 365,000 men.
This was the army that fought the Crimean War, the Serbo-Turkish War and the Russo-Turkish War including the action at Shipka Pass.
The figures below are 15mm from a number of ranges including Pioneer and Minifigs and 28mm from Outpost Miniatures. 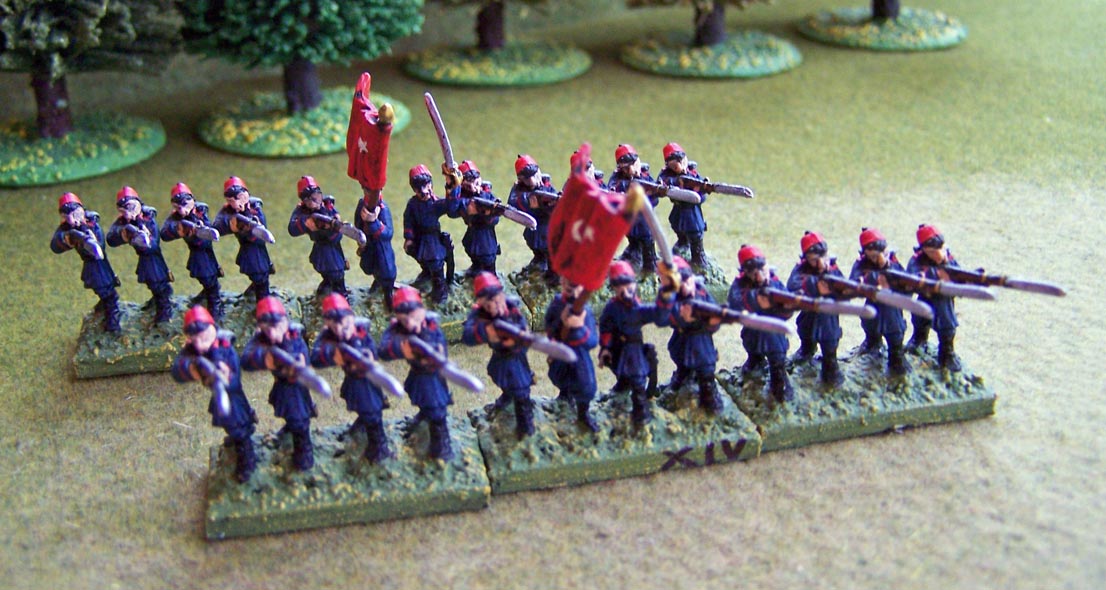 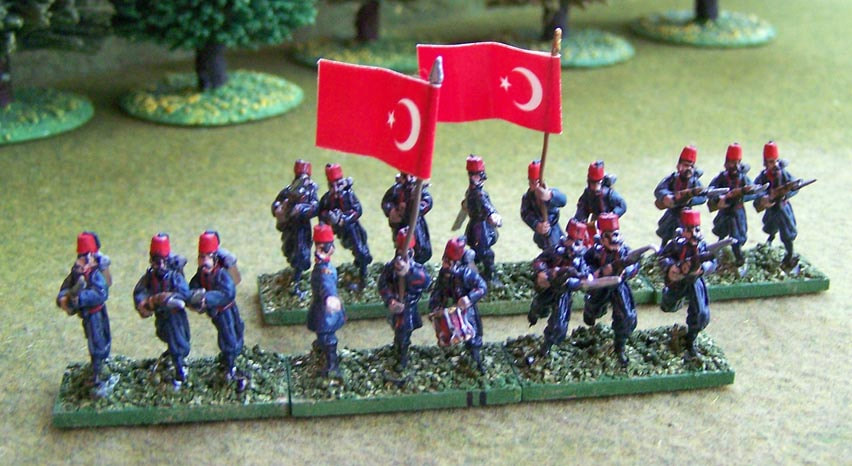