The Military Border between Croatia and Bosnia

In this article I will examine the military border between Croatia and Bosnia as the basis for an adaptation of the popular rule set ‘Muskets and Tomahawks’ to wargame the period.

The Militargrenze
The Habsburgs maintained a military zone, the Militargrenze, along Croatia’s southern border for over 350 years, from 1522 to 1881. The original purpose was a defensive screen against Ottoman incursions. Later it became an important Habsburg military institution, fighting with the Austrian army and acting as something of a restraint on the rebellious Hungarian nobility. I will be focussing on the earlier role and the ‘Petit Guerre’ with the Ottomans across the border in Bosnia.

The earliest forces in the border zone were simply hardy individuals of the local population, joined by warlike refugees who created small warrior communities free from the local nobility. As the Ottoman pressure relented somewhat, these communities were forced to choose between submission to state power as peasant-soldiers, or returning to a form of serfdom. They chose the military.

By the middle of the 18th Century the Militargrenze covered the entire border with the Ottomans, from the Adriatic to the Carpathians, 1000 miles long and 20 to 36 miles wide. These were crown lands assigned to military colonists, were all men capable of bearing arms (Grenzer) were part of an ever-ready military force. In the early period they elected their own captains (vojvode), kept a share of booty and most importantly, were allowed religious freedom as mainly Orthodox Christians in a Catholic state. They lived in fortified villages, blockhouses and watchtowers, financed by the Inner Austrian estates, not the Croatian Ban, to emphasise their link to the Hapsburgs and their separate status.

This status was set out in 1630 in the Statuta Valachorum. This made the Zadruga, a large joint-family household the basis of the land grant. The main advantage over a single-family farm was that the loss of an adult male could be absorbed. While they continued to elect their Vojvode, these officers became accountable to Austrian officers based at the Karlstadt fortress covering the Karlstadt and Warasdin Generalcies. A third Croatian district was added, Banal Granitz, during the recovery of territory from the Ottomans at the end of the 17th Century. All three districts gained troops from the migration of some Serbian 30,000 families after the Treaty of Karlowitz ended the war in 1699.
​
The system suffered from neglect by the end of the century and planned reforms were not implemented. However, Grenzer were an important, if unruly, element of Austrian armies in the War of the Austrian Succession. By 1750 the Militargrenze was reorganised from an irregular frontier militia into a disciplined force of foot and hussar regiments.
The Ottoman Frontier

Frontier society had a long tradition within the Ottoman state. The Seljuk Turks established military districts on their frontiers as basis for defence and raiding. These developed into Beyliks and the Ottoman Empire began as one such district. Raiding was not only lucrative, but it constituted a religious war for the Faith and the fighters became gazis.

As with the Habsburg side, the border attracted young men to begin a new life unconstrained by the system. Volunteers, called gonullus, took over from the gazis bands as infantry and cavalry. They served under the local fortress commander but did not receive any pay until the 16th Century, when they were organised into units like the Janissaries, Azebs, Farisan (cavalry) and Topcu (gunners). However, booty from raids, livestock and captives was still an important supplement to a soldiers normal, and often erratic pay.

There are a bewildering number of descriptions of troop types in Ottoman records, but they certainly included Christian troops who joined the Ottoman military as Martolos under Muslim officers. These were fortress troops although they joined raids and shared in the proceeds. Over time it appears that many converted to Islam. Other Christians served as Derbends, guarding roads and mountain passes. Sekban units were regarded as inferior to Azebs and were used extensively in sieges. These could be of any faith, but Muslim units were regarded as more reliable.

Outside the major fortresses, troops were based in smaller forts, called palanka. These were wood palisades surrounded by a ditch. The larger ones had two rows of tree trunks with earth in between and could have some stone works as well.

For some idea of numbers, there were 20,939 militia troops in Bosnia at the outbreak of war in 1737, based in fortresses and palankas. The major Banaluka fortress had 1105 men divided into four infantry Azeb units, nine Farisan cavalry units and two Martolos light infantry units with supporting artillery. An additional 437, most infantry, held the outer palankas.
​
The Ottoman system worked well in 17th Century but started to decline in the 18th and 19th centuries as the financial and bureaucratic problems overwhelmed the Empire’s ability to cope with them.
Warfare
​
Troops on both sides of the border had an interest in keeping the level of violence in check. Raids that were too large attracted attention from central authorities, whereas ‘petit guerre’ was not regarded as war. There were also informal rules about not slaughtering captives and even some evidence of collusion over tax collection and trade.
Further Reading

For the Ottoman side there is Hickok, ‘Ottoman Military Administration in Eighteenth-Century Bosnia’ and a 2001 PhD dissertation by Mark Stein, ‘Seventeenth-Century Ottoman Forts and Garrisons on the Habsburg Frontier.
​
Sadly, most of these are either difficult to get hold of or expensive. Somewhat easier to access is John Stoye’s, ‘Marsigli’s Europe’, about a Habsburg officer who travelled extensively in the Balkans in the early 18th Century. 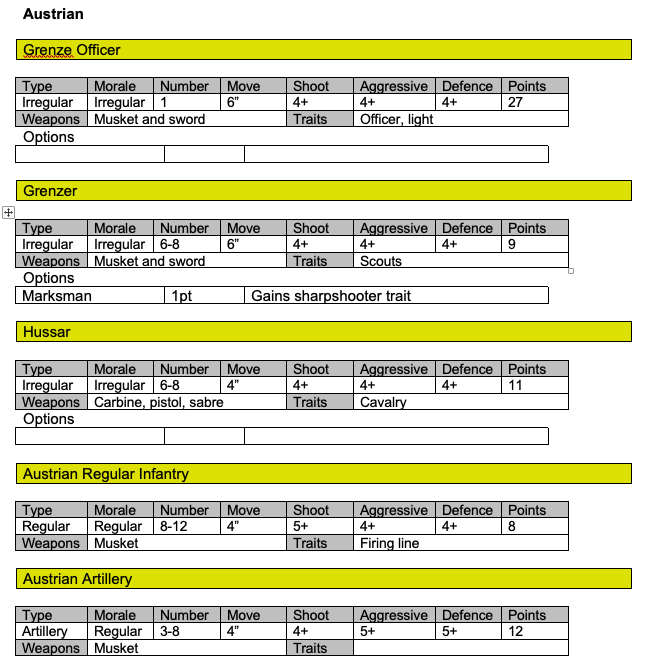 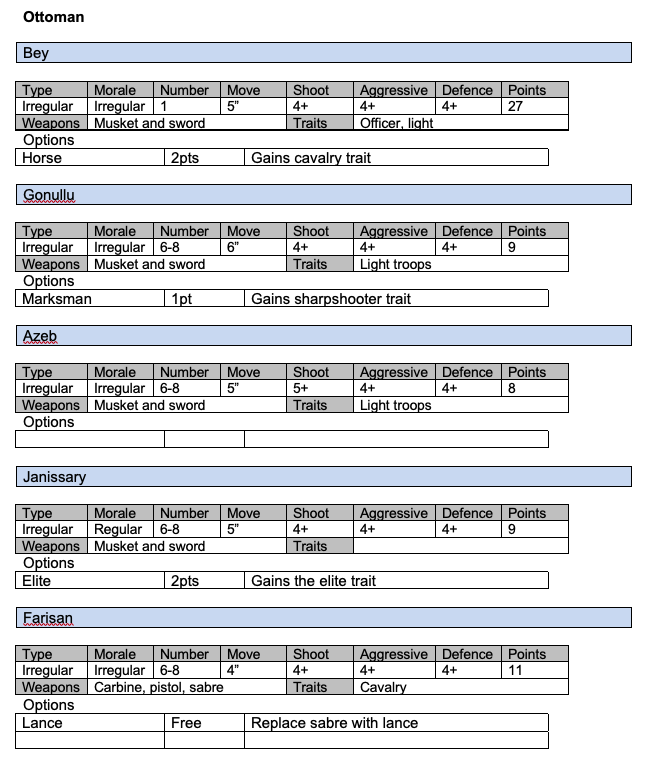 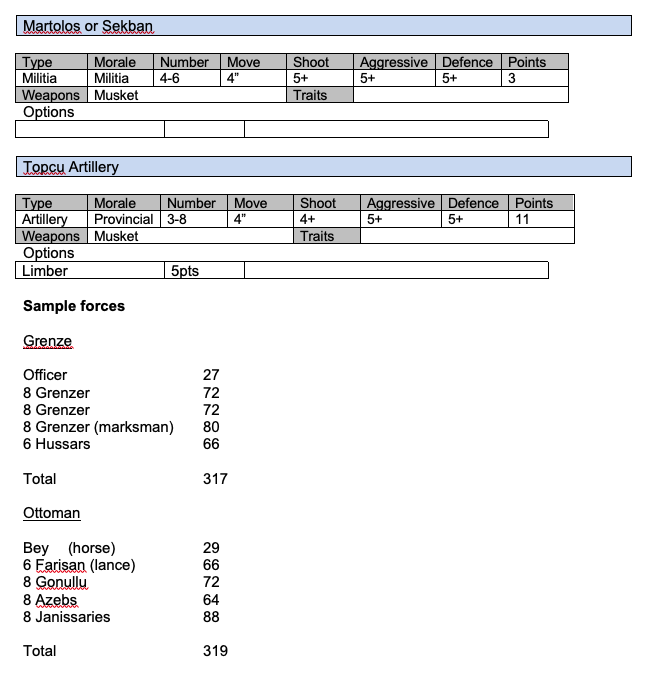