Romania's National Military Museum is based in an army barracks at Str. Mircea Vulcanescu in Bucharest. By any standards this is an impressive collection covering the army, air force and naval history of Romania in an area of 22,150 sq.m.

The main building provides a chronological tour of Romanian military history. The displays are of a high standard with excellent fortification models and clear maps covering the main campaigns. The uniform displays and dioramas fill many of the gaps in English language publications. A lack of captions in English is not a major problem, although a dictionary is a useful aide!

The grounds hold a huge collection of artillery covering just about every heavy weapon used in the Balkans during the 20th Century, including rail guns and tanks. A separate hanger holds a collection of aircraft from early experimental flying machines, the F-10G biplane through to the WW2 IAR 80 and IAR 93 jet.

Unlike many East European museums the collections are well structured with helpful staff. There is a modest range of publications for sale including an English language video all at (for the Western tourist) bargain prices. Highly recommended.
​
Whilst in Bucharest the National History Museum has plaster casts from Trajan's Column together with an extensive collection of arms and armour of the same period. However, in contrast to the Military Museum the staff are surly and unhelpful with not even an adequate floor plan to guide the visitor. 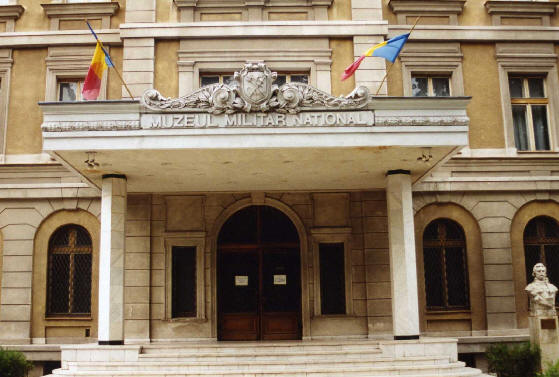 ​Starting with Vlad the Impaler's birthplace in Sighisoara. Then the Tinsmiths Tower, part of the extensive Sighisoara town walls.​
Assuming you could fight your way into Transylvania, at least from the south, through passes such as this through the Bucegi Mountains. And then the Carpathians, in the mist of course!
A somewhat later military site worth visiting in Transylvania is the well preserved Austro-Hungarian fortification at Alba Iulia.